2023 Budget: Not yet over; we’ll still reject tax measures, others – Minority

The minority in parliament says its resolve to reject some revenue mobilization measures captured in the 2023 Budget Statement and Economic Policy has not been abandoned.

Some MPs withdraw from petition against Minority shakeup

Parliament on Tuesday approved the 2023 budget and economic policies of the government.

This approval is however for the policies and principles underpinning the budget presented by finance minister Ken Ofori-Atta last 2 weeks.

The approval paves the way for estimates for ministries, departments, and agencies, (MDAs) to be referred to the various committees for scrutiny.

Concluding the debate on the 2023 budget, minority leader Haruna Iddrisu once again asked the government to drop its decision to increase VAT rate by 2.5 percent and scrap E-levy threshold warning such a move will not get the support of the NDC MPs.

Critics have blamed the minority for allowing the executive to push through an austerity budget that will further exacerbate the sufferings of Ghanaians.

But the Dr. Cassiel Ato Forson intimated that there is still a chance for the minority in the Budget approval process to block the tax measures it flagged in the 2023 Budget.

“We can assure you that the Budget process is not yet complete. Our position is that the Bills that will come to Finance Committee and obviously to parliament will go through proper scrutiny. Then the estmates that needs to be approved we’ll aslo look at it and where possible exert our authority on those ones as well,”

On the Debt Restructuring, Dr. Cassiel Ato Forson said although the government is trying to by-pass parliament on the implementation of the Debt program, it will insist that this is brought to parliament for them to scrutinize it.

“We’re the People’s Representative and not any other people and so we should have a voice in approving this so-called debt exchange program,” he said.

Some MPs withdraw from petition against Minority shakeup

Some National Democratic Congress(NDC) Members of Parliament have withdrawn from a petition asking the National Executive Committee of the party... 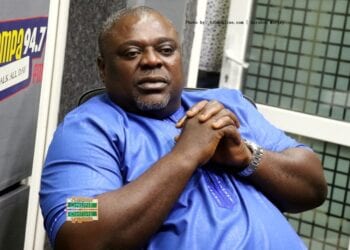 Former Deputy Secretary of the National Democratic Congress (NDC), Koku Anyidoho, has urged ex-President Mahama to clear his name on...

The Ghost businessman, who attempted to bribe some Members of Parliament (MPs) on the side of the New Patriotic Party... 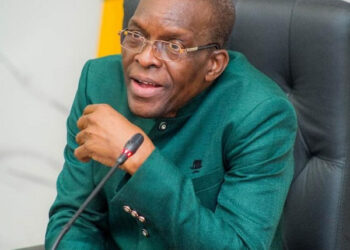 The new Minority Leader Dr Cassiel Ato Forson and his Deputy Emmanuel Armah Kofi Buah as well as the new...

Sancho could return from United exile to face Reading

Mario Martin after his Madrid debut: “I’m going to frame the shirt”

Cocoa bills: Banks should gear up for write-offs – Bright Simons