A Ghanaian footballer who plays football in Europe has proudly and boldly told Ghanaians and the world that, he will never marry a white woman but he will rather come back home and marry a Ghanaian woman.

Former Medeama player, Nana Kofi Babil is the player who revealed the above statement. On Bosome FM, He made it very clear to Ghanaians that, it is a Ghanaian lady that he will settle down with.

Ghanaian footballer dies in horrific car crash in US

Ghanaian Players who won titles in the 2020/21 football season

He further on said that, there is no way he will be with a white woman, because he has learnt a lot of lessons from the kind of things that happened and have been happening to Ghanaian players abroad who decided to settle down with white women. 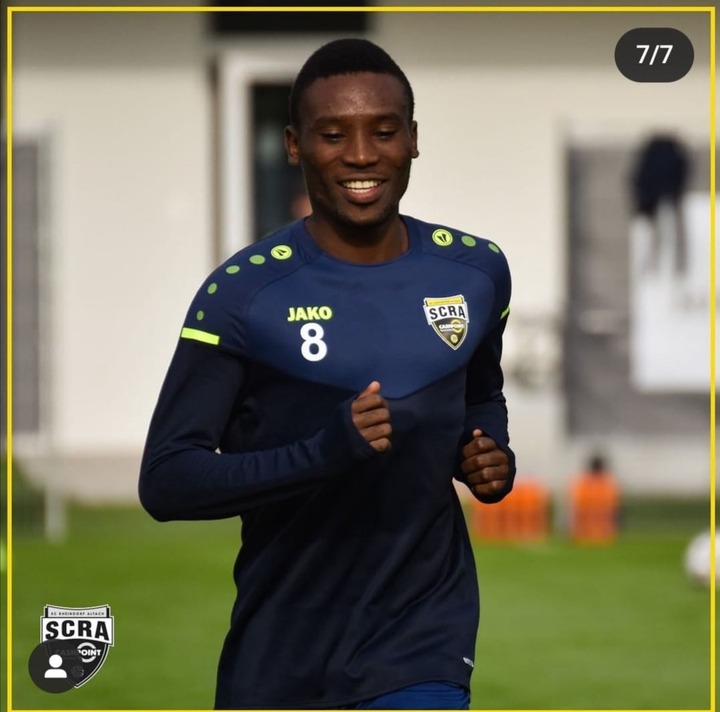 Babil also added that, he will come back and get married to Ghanaian lady.

On Bosome FM, he said, “I will never marry a white woman. I’m here for just football and not to get a white woman to marry.”

in addition to the above statement, Nana Kofi Babel also said, “I have learnt a lot of lessons from what has been happening to some of the Ghanaian players abroad who decided to get married to white ladies and due to that I have decided to come home and marry a Ghanaian lady.”

Nana Kofi Babel currently plays for NK Aluminij in Slovenia and he has been doing well with his football career in Slovenia.

JHS student cries uncontrollably after her boyfriend ditched her, seen begging for mercy  

Ghanaian footballer dies in horrific car crash in US

Ghanaian Players who won titles in the 2020/21 football season

The 2020/2021 season will definitely be a season to remember for some Ghanaian players abroad as they managed to cap...

In July 2020, a young soccer phenom wowed Ghanaians after making a tremendous move to The Netherlands. Mohammed Kudus, from Nima,...

Fit-again Ghanaian midfielder Aziz Tetteh has started pre-season training with Turkish side Gaziantep FK ahead of the 2020/21 Super League...

JHS student cries uncontrollably after her boyfriend ditched her, seen begging for mercy  

Western region: Man arrested for shooting Okada rider he hired, escaping with motorcycle and other items