Baby, you did this to me?- Emotional moment newly married man caught his wife in a hotel with his friend (Video) A man who recently got married became extremely upset after he discovered his wife having an extramarital affair with a friend in a hotel.

The man went emotional and feebly confronted his adulterous in a video that went viral and showed the moment he saw his wife and a friend in a hotel.

My Husband Doesn’t Appreciate My Curves And Beauty, I Want To Cheat On Him – Lady Reveals

As seen in the video, the man confessed that he had suspicions about the two of them and had seen some odd conduct exhibited by his wife.

The husband said that he had earlier advised his friend Dennis to avoid his wife after noticing that they were becoming intimate.

But until he caught them in the act in a hotel room, he was unaware that the situation had persisted and blossomed to this stage. He was seen reprimanding his friend and forcing him to open his room in the video.

He asked his wife why she had chosen to be unfaithful when he discovered her hiding in the bathroom. 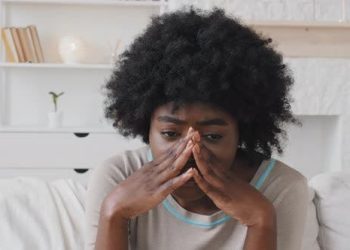 Are you wondering how to let go of a married man — someone you’re madly in love with but who’s...

My Husband Doesn’t Appreciate My Curves And Beauty, I Want To Cheat On Him – Lady Reveals

A young married lady has taken to social media to lament about how her husband of several years is refusing... An unnamed couple has made history after they had their wedding deep down the ocean and officiated by a pastor.... Any man who doesn’t own house, car before marriage doesn’t have a future – Actress, Lilian Afegbai

Lilian Afegbai has controversially claimed on social media that a man is not serious about his life if he does...

My ex got married and I’m single and completely heartbroken