The Effia-Kwesimintsim Municipal Assembly’s (EKMA) Municipal Chief Executive (MCE) has revealed why street lights are not present on the Kansarodo-Apollo road.

Mr Kojo Acquah responded to a plea to install street lights on the stretch that was recently redeveloped into a double lane on Skyy Power FM.

He stated that the road’s development project was designed by the National Democratic Congress (NDC) during their time in power, and that it was created without a street light.

“There is no street light on the Kansarodo-Apollo route since it was designed without one,” he explained. The design was created during the NDC’s tenure; I’m not trying to make a political point here, but I just want to make it apparent why there are no street lights along that length.”

“Traffic lights were the only thing incorporated in the design.”

Mr Acqquah then assured his municipality that more development projects are on the way as the Assembly works to address their concerns.

If I knew it was possible to vote, I would have joined NDC MPs to reject 2022 Budget 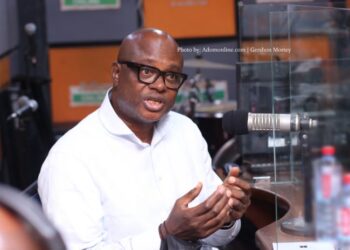 Former President John Dramani Mahama may be facing stiff opposition for the National Democratic Congress’ flagbearer slot ahead of the...

Former President John Mahama does not stand a chance as far as winning the 2024 general elections is concerned because... 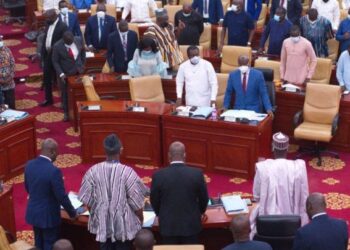 E-levy can be passed by NPP with their slim majority, but NDC’ll still oppose it – NDC MP

Member of Parliament for Techiman North, Elizabeth Ofosu Agyare has admitted the Majority in Parliament, with their 138 slim majority...