His father has featured in his skits

He passed on on Wednesday

Ghanaian comic actor, SDK Dele, has announced the death of his father.

Breaking the sad news to followers on Twitter, the skit producer and content creator wrote: “Lost my dad today, rest in peace my oldgee.”

His late father who died on November 24, 2021, will be remembered for his role in his skits, where he was featured in some episodes together with his wife.

The family has for years entertained fans with their comedy series.

Below are some memories of SDK‘s father: 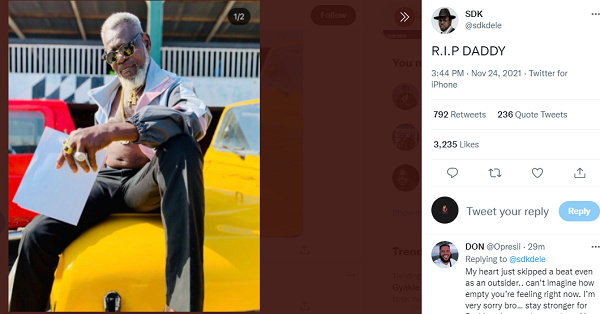 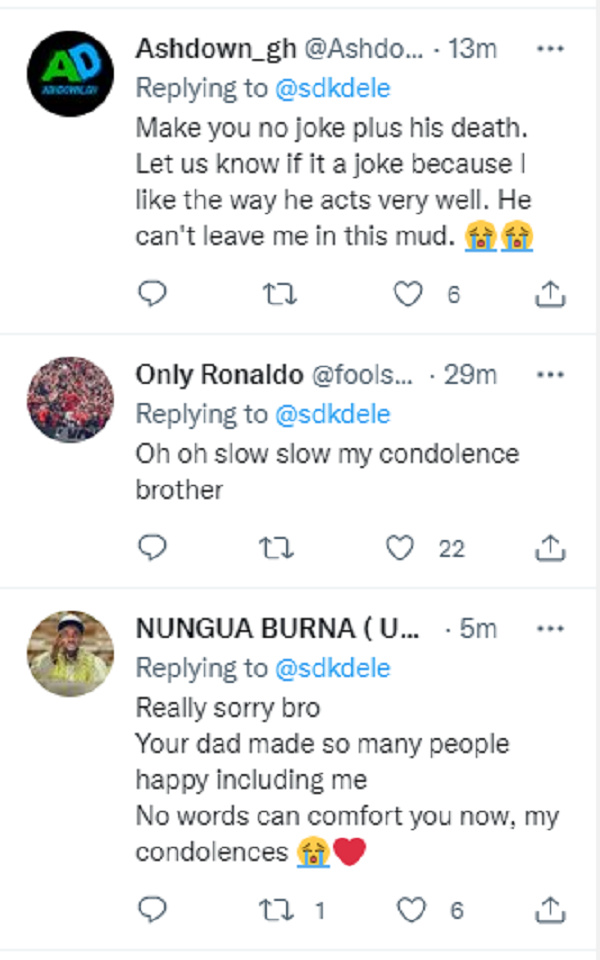 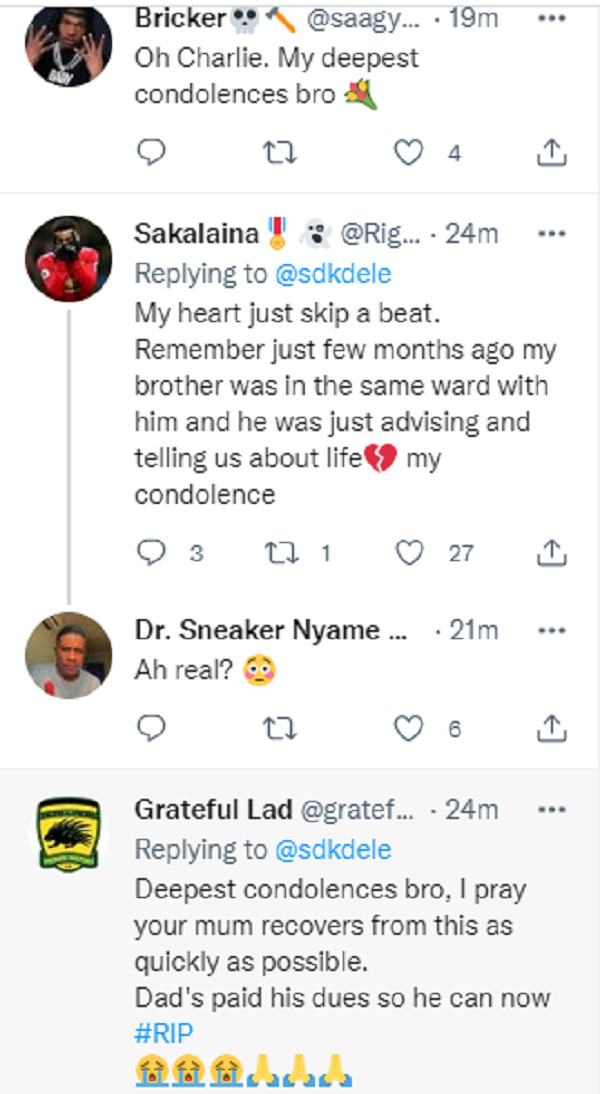 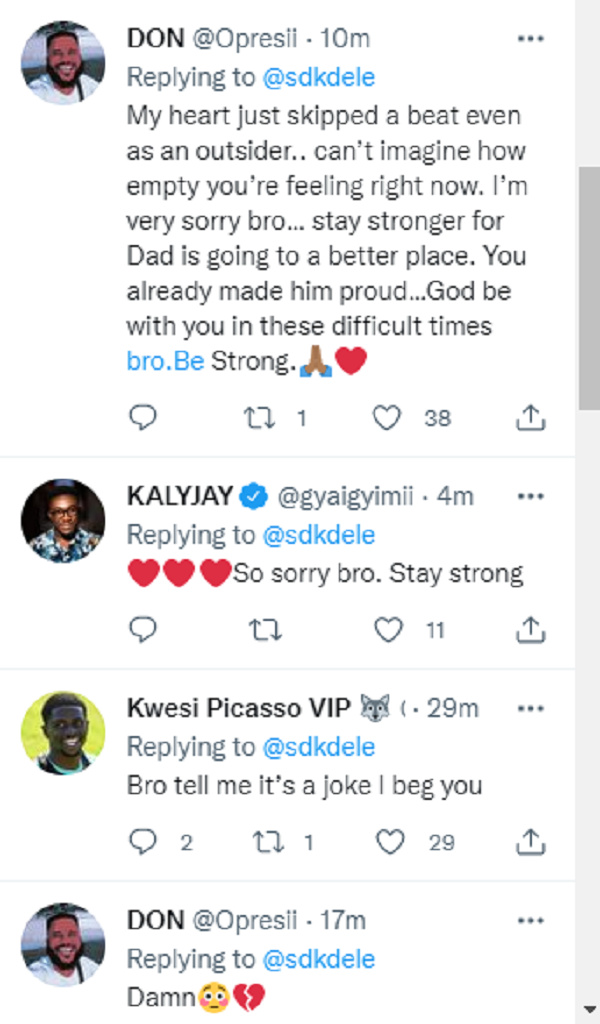 SDK's father is deadHis father has featured in his skitsHe passed on on Wednesday Ghanaian comic actor, SDK Dele, has...

SDK Dele, popular Ghanaian creative creator and skit producer, believes Ghanaian comedians and artists are reluctant to work together. He...

Ghanaian comedian and content creator, SDK Dele has explained how challenging the COVID-19 period has been for him and how...