Police vow to resist protestors from picketing at Parliament

• PPPS operations to be replicated in other regions

The Ghana Police Service has announced its K-9 Unit, which is manned by personnel and their respectively trained dogs, have commenced outdoor operations.

The move, according to the Service, forms part of a broad Proactive Preventive Police Strategy.

A Facebook post of the Ghana Police Service on October 18, 2021 explained, “For the past couple of weeks, personnel with highly-trained security dogs under leash have been strategically positioned across the Capital for operational patrols.

“This component of policing is aimed at increasing the visibility of personnel, improving intelligence gathering, tracking of contraband goods and improving upon other aspects of criminal investigations,” the post added.

The Police, however, added that plans are underway to expand the K-9 Unit to other regions as part of the strategy.

It further assured the citizens of pursuing multiple Security and Visibility Modules to fight crime and increase interactions with the public. 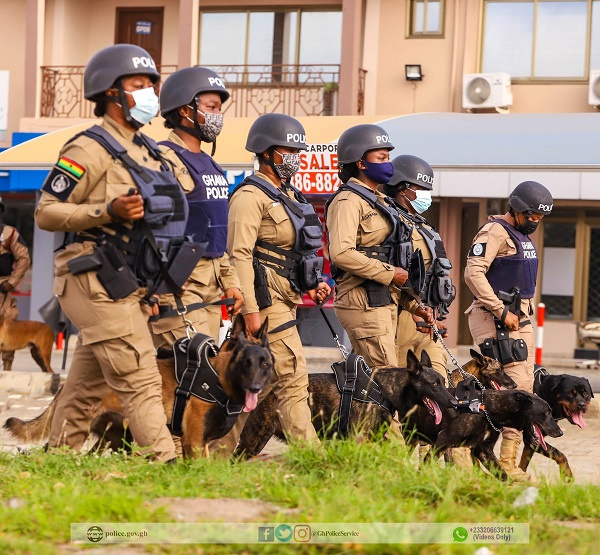 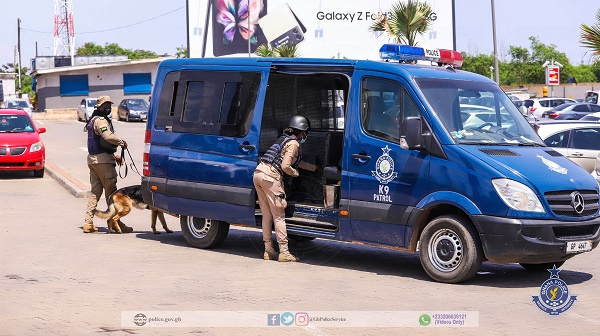 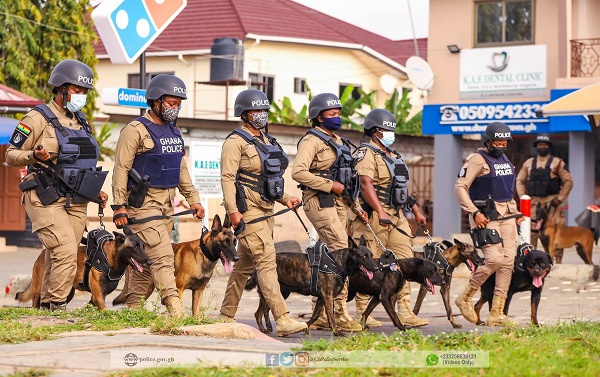 Police vow to resist protestors from picketing at Parliament

The Ghana Police Service (GPS) has said the Justice for Ghana protestors will not be allowed to picket in Parliament....

The Member of Parliament for the Nhyiaeso Constituency, Hon. Dr. Stephen Amoah has been arrested. The Ghana Police Service said...

The prosecution in the case in which dancehall artiste Charles Nii Armah Mensah popularly known as Shatta Wale is facing...