Some Ghanaians accost Akufo-Addo with #FixThecountry chants in Germany 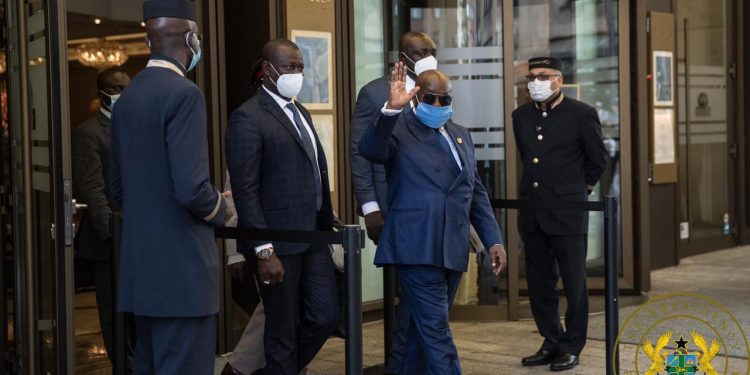 Some Ghanaians living in Germany have been seen in a video accosting President Nana Addo Dankwa Akufo-Addo with #FixTheCountry chants.

The incident, a video of which has gone viral, reportedly happened on Monday, August 23, 2021, when the President delivered a speech in Düsseldorf, in Germany, as part of the 75th-anniversary celebrations of North Rhine-Westphalia.

We’ll hold you to your words – GNAT to Akufo-Addo on 10,000 Housing Units promise

The protesters started chanting immediately after President Akufo-Addo’s convoy arrived at the venue for the ceremony.

President Akufo-Addo initially stopped to acknowledge them (protesters), before he left for the auditorium when the protesters started chanting at him.

One also said, “Nana Addo we beg you, fix the country.”

Another Ghanaian also said, “We have oil, we have gold and cocoa, but we are suffering here. Fix the country for us, so we can be better people. We are not a poor country.”

Some #FixTheCountry protesters took to the streets of Accra on Wednesday, August 4, 2021, to demonstrate against what they say is the government’s poor handling of social and economic situations in the country.

The protest was to impress upon the government to address Ghana’s numerous challenges, including youth unemployment, poor infrastructure, and high cost of living.

Clad in red-head and armbands, the protesters held placards with inscriptions some of which read, ‘A nation without patriotism is a dead nation’,  We aim for waakye, they aim for V8s’, ‘Fix the Country, ‘A new Constitution for the People’, among others.

A few months ago, the campaign started on social media, with a lot of Ghanaians jumping on the trend.

According to the conveners of the campaign, the demonstration is just the first of many to happen in the coming days. 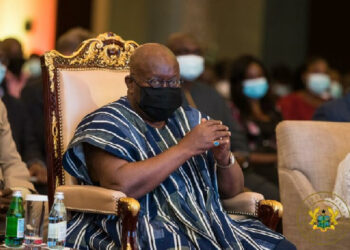 We’ll hold you to your words – GNAT to Akufo-Addo on 10,000 Housing Units promise

The Ghana National Association of Teachers has indicated they will hold Akufo-Addo to his words following his promise to provide... 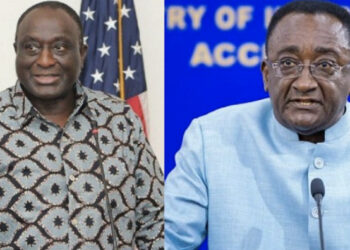 It’s a big question with a high probability - Will these two ministers under President Nana Addo Dankwa Akufo-Addo give...

Vice President Dr Mahamadu Bawumia has been chastised by the NDC’s national communication officer for the country’s constant fuel price... 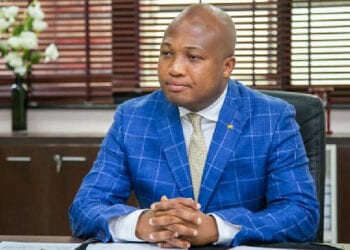 Member of Parliament for North Tongu Samuel Okudzeto Ablakwa has raised concerns about the state of security and integrity of...