My shirt and shoes healed a mad man – Lawrence Tetteh 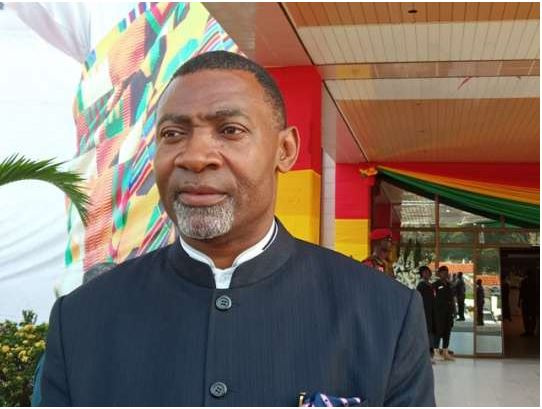 Dr. Lawrence Tetteh, the founder of Worldwide Miracle Outreach, has told Rev. Richard Afful of No.1 105.3FM’s ‘Journey to Heaven’ program on Wednesday, 19 May 2021 that after a mad man wore his shirt and a pair of shoes he gifted him on the streets, the mentally-impaired man got his sanity restored.

Dr. Tetteh, who is leading a 31-day non-denominational national prayer rally dubbed ‘This Nonsense Must Stop’ to seek the face of God to curb the rising indiscipline and other ills afflicting the nation, narrated the story to demonstrate how the power of God can bring healing and liberty to the afflicted if the nonsense stops.

He said: “There was a mad man standing around the Achimota Overhead who stopped my car and showered praises on me and told me: ‘This morning, I really gave a mad man a good beating’. That’s the mad man telling me he had beaten another mad man who was defacing my crusade posters”.

“He didn’t think he was a mad man. So, after verifying the mad man’s story from some waakye sellers and people in the area, I gave him GH¢20 and he threatened to kill the other mad man if he saw him defacing the posters again. He also showered a lot of appellations on me after gifting him the money.

“So, I left for my mother-in-law’s and while returning, I saw the same mad man standing with his clenched fists protecting my posters.

“So, I stopped again and gifted him one of my shirts and a pair of shoes. This happened on a Thursday”, Dr. Tetteh recalled.

According to him, during a crusade on the following Sunday, his attention was drawn that “there was a man with a testimony”.

“When the man came, I realized he was wearing my attire and my shoes. ‘I know these shoes and attire; so, what is it?’ He [mad man] said: ‘I was the mad man you met on Thursday; when I put on your clothes, I became healed”.

“Now, the man is now staying at Abeka Lapaz. So, when the nonsense stops, liberty will come”, he noted.

Dr. Lawrence Tetteh, the founder/ President of the Worldwide Miracle Outreach has been appointed to act as Adviser to Hungary-... 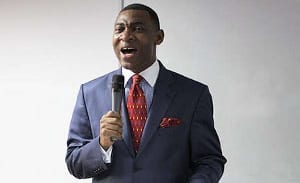 Video Flashback: I nearly divorced my wife a day after marriage – Lawrence Tetteh

The Founder of the UK-based World Miracle Outreach, Dr. Lawrence Tetteh three years ago revealed, that he nearly divorced his...